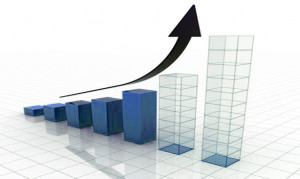 Figures re. Thrust in equivalent propulsion power in KW for 14 knots ship speed based on equivalent assumed propeller efficiency, based on apparent wind angles, IE wind angles measured on board the ship performance wind 90 degrees.

The RFR rotor system can operate safely up till BF 10.

For a specific voyage from Cabot Strait to the English Channel, the effect of Flettner rotors is calculated to reduce the total main engine output by 28%. The results also show that the main engine output can be reduced by almost 40% by optimising the voyage planning in accordance with the Flettner rotor effect – instead of normal weather routing. These results are of course specific for this voyage and averaging over geographical and seasonal weather conditions would most likely result in less pronounced, reduced main engine outputs. However, in rough conditions where normal weather routing optimisation will dictate a longer route than the shortest Great Circle route, the reduction percentage of the main engine output could be significantly higher.

These results are of course specific for this voyage with this specific departure time. The geographical, seasonal and daily/hourly variations in wind conditions globally mean that these results cannot directly be used to estimate Flettner rotor effect for other routes. However, it is important to notice that the wind conditions for this specific voyage were far from optimum, since both too strong and too weak winds were encountered.

It is also worth noticing that for both speeds along the optimised route, the arrival times are earlier than the corresponding GC-route at the same speed, even though no weather influence has been taken into account for the direct GC-routes.